The best walking trails in Yorkshire bring you into direct contact with a dearth of stunning scenery and the perfect opportunity to embrace nature.

In this article, we are visiting Yorkshire and suggesting some interesting routes for your next walking holiday.

There are plenty of hiking routes for every fitness level. Whether you want to explore the coastal walkways or stroll the railway trails or visit the renowned three peaks, Yorkshire has it all.

This is just a glimpse into some of the best walking trails Yorkshire has to offer.

The coastline is dramatic with its high rugged cliffs and small charming fishing villages.

Yorkshire Heritage Coastal walk takes us from Saltburn in the north and heads south to some of the most beautiful bays on the Yorkshire coastline.

This is a coastline with fascinating views from the highest point on the east coast of England. At Boulby near to Staithes, the cliffs stand at an impressive 656ft high.

The original village of Runswick Bay slipped into the sea in one tragic night in 1664. It was luckily rebuilt and now boasts one of the longest sandy beaches and some excellent coastal walking.

The picturesque village of Staithes was once one part of the largest fishing ports on the north-east coast of England. The little harbour is still full of the traditional locally built fishing boats, known as cobles, clearly identified by their original Nordic design.

Whitby is the historic fishing port of Captain Cook where his famous ship HMS Endeavour was built. Take time to visit the James Cook Museum or browse the many famous Whitby Jet outlets.

The trip finishes in Robin Hoods Bay the busiest smuggling community on the Yorkshire coastline during the 18th century.

The Heritage Coastal trail can take you up to 3 or 4 nights and you can explore it alone (self-guided tour) or hire a local walking guide. Any time of the year is a good time to start your journey.

This enigmatic walking trail in yorkshire was officially opened in 1969 and was the second official National Trail to be opened.

It starts in the wonderful market town of Helmsley and stretches across the breathtaking heather moorland of the North York Moors National Park.

The first 60 miles skirt around the largest open moorland in England – the North Yorkshire Moors. You will enjoy the amazing panoramic views from Sutton Bank, the Wainstones and Roseberry Topping before reaching the Yorkshire Heritage coastline at Saltburn by the Sea.

Leaving Saltburn you will head south for 50 miles to witness some of the most stunning coastal walking in England, experience Boulby Cliffs which at 656ft are the highest on England’s east coast.

You will encounter beautiful bays and historic fishing communities at Staithes and Runswick Bay and Robin Hoods Bay.

The National Trail runs through the smuggler’s village of Robin Hood’s Bay, and the final 40 miles of the trail follows the clifftop path to finish at the fantastic seaside resorts of Scarborough and Whitby.

You can walk the Cleveland Way at any time of year but if you want to see the moorland heather in bloom, the best time to visit is late August and early September.

It is better to walk it in a clockwise direction from Helmsley to Filey so the wind is behind you. The trail can be challenging in places, especially along the coastal areas.

There are plenty of shorter circular walks that incorporate stretches of the path that can be completed in a day.

St Hilda’s Way – Hinderwell to Whitby Abbey is a 43-mile long trail that can be done in 4 days.

In 664, as the first abbess of the double monastery of Streonshalh now known as Whitby Abbey, she hosted the famous Synod of Whitby. She trained five male bishops, and it is said that seabirds in Whitby still dip their wings in her honour. Her logo, the ‘Hildoceras’ ammonite, came about because her holy presence was famed for turning snakes into stone.

You begin at a holy spring discovered by St Hilda in Hinderwell and end at the sea at Whitby. Along the way you will traverse the North York Moors, grand and yet also modest, allowing you to reflect deeply within yourself as you admire the bleak openness of the landscape.

Feel the ancient ambience surround you in a landscape that is true to itself – humans have never held full dominance here. The paths feel old, the rivers timeless, the pace slow.

The thread of Hilda runs through the churches dedicated to her, evenly spaced along the route, inspiring a quiet devotion to someone we can imagine but never fully know. Nevertheless, one gets the sense that for centuries she has been loved by many people, and there is no reason why that should cease now.

You can make a shorter version of St Hilda’s Way of  22 miles in 2 days- Danby to Whitby.You follow the River Esk, Yorkshire’s only salmon river, to finish at Whitby Abbey.

This was just the tip of the iceberg of what you can see and explore along the walking trails of Yorkshire.

With 3 national parks dotted along the coastline, the nature trails are endless. You can also make your trail walking fun for kids. Check out our article for tips and ideas.

After venturing along the best walking trails in Yorkshire we are sure you will go back home with great images and memories. But don’t forget to download the Sweatcoin app and convert your steps into digital currency. 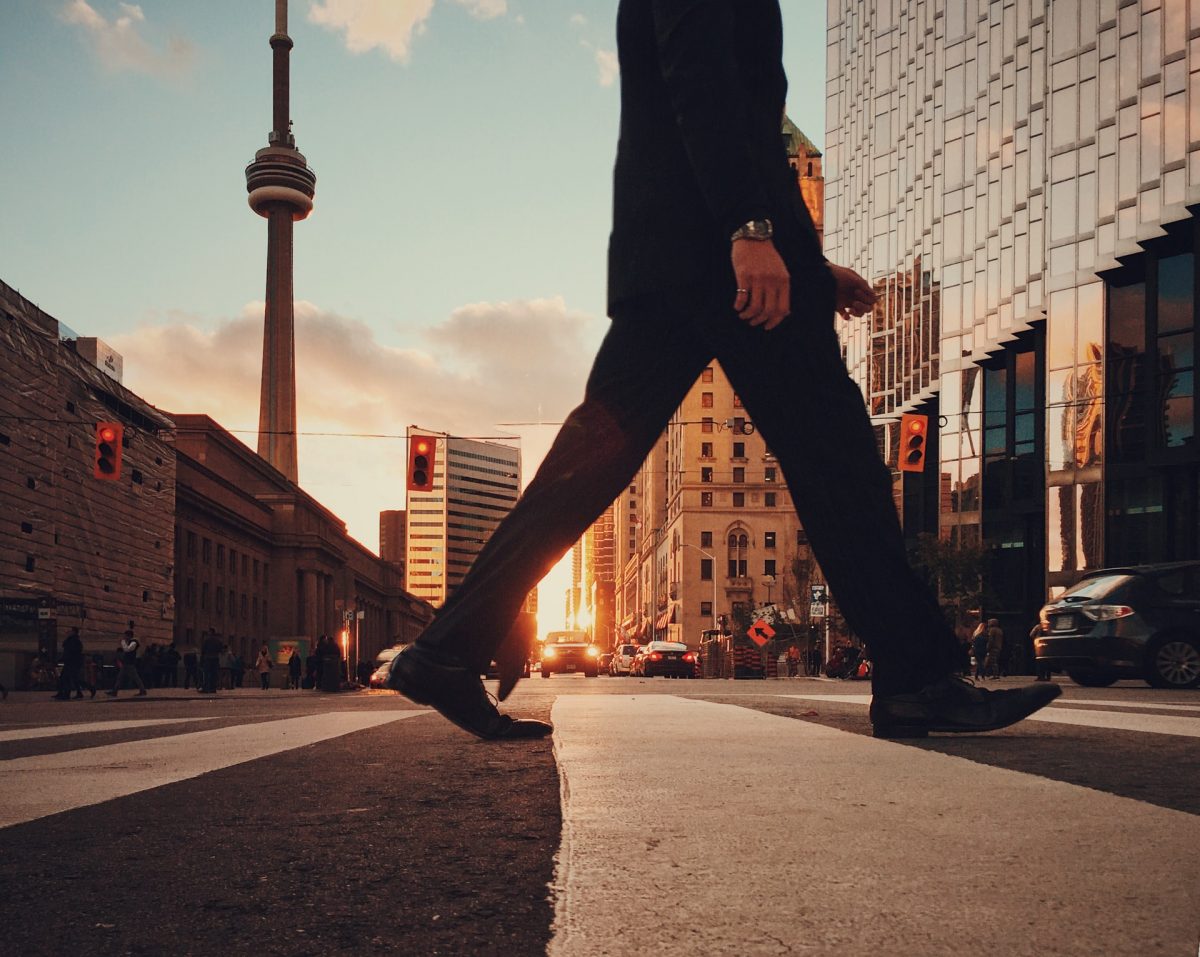 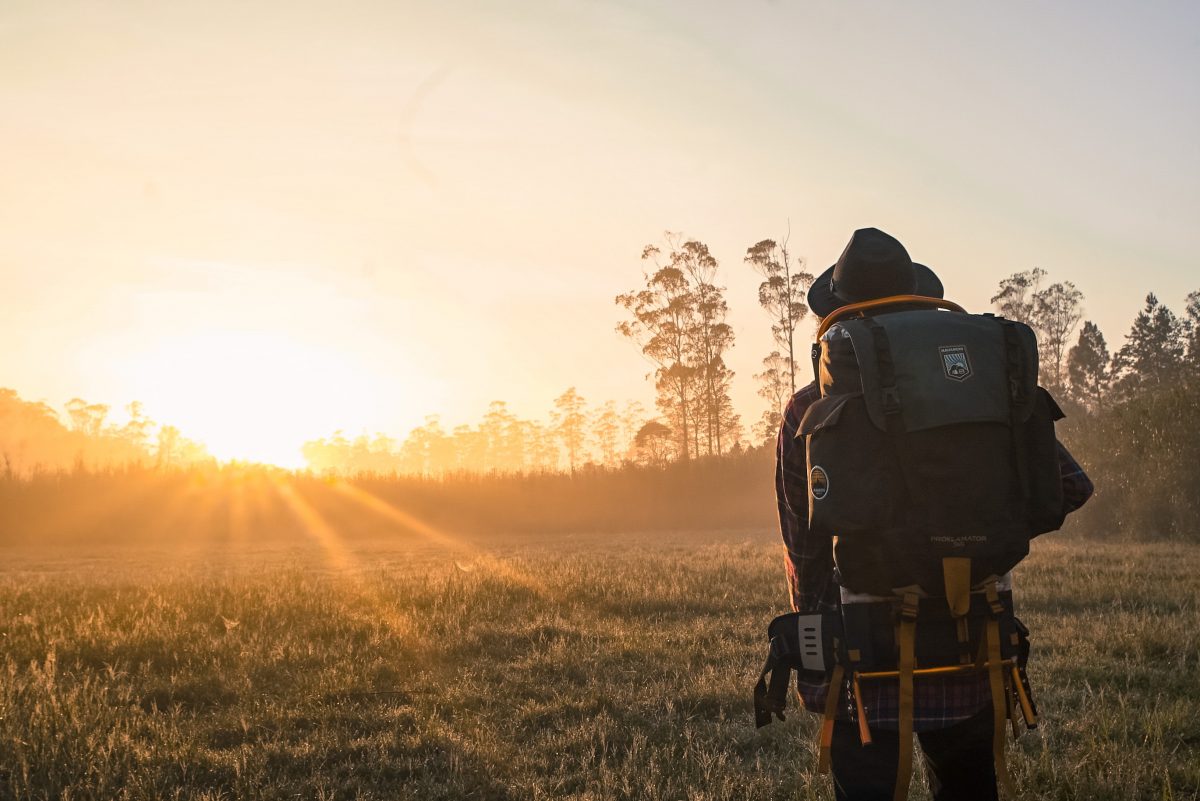