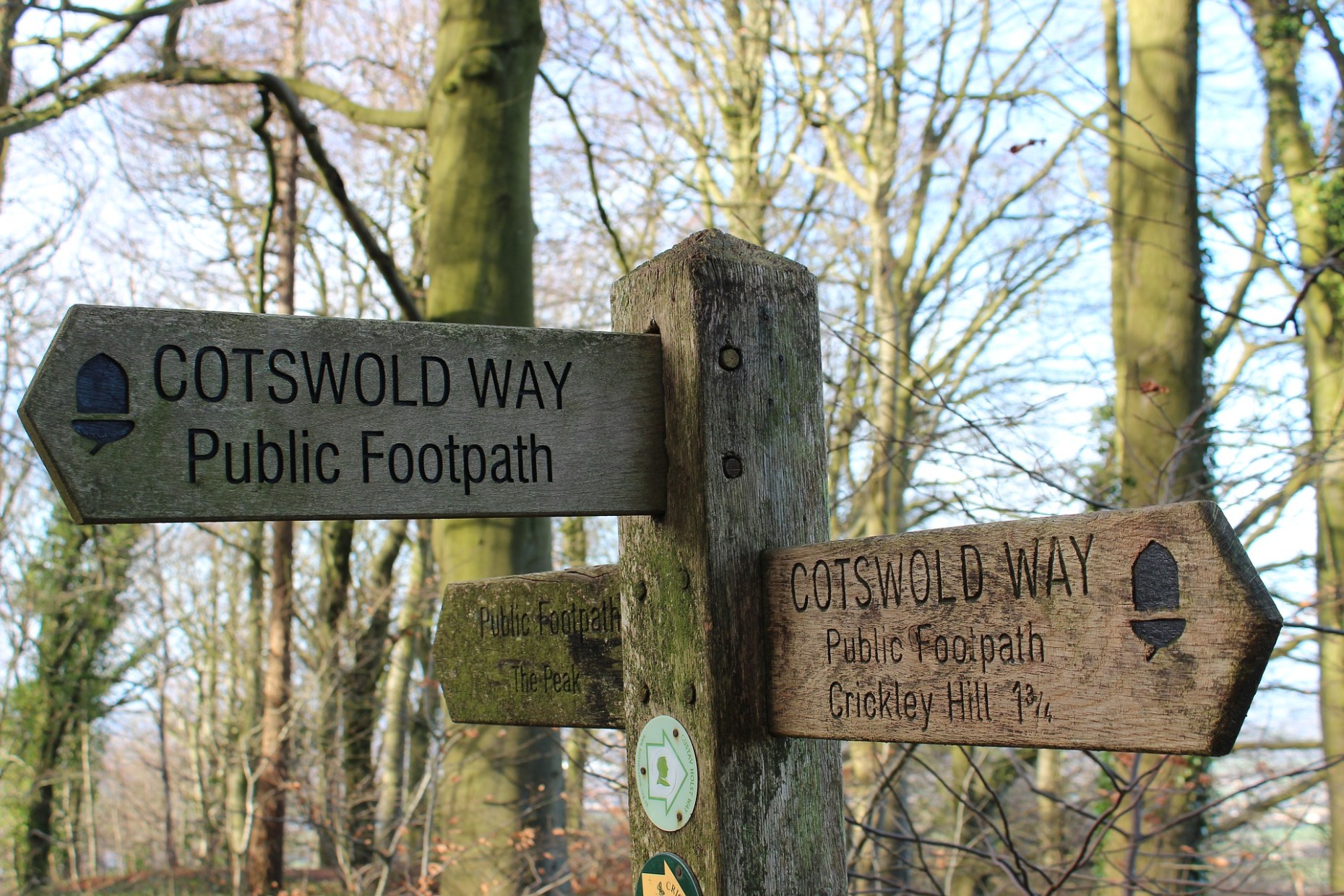 The Cotswolds towards the southwest of England is arguably one of the best regions of the country for ramblers. Without a doubt, the array of fascinating walking trails in the Cotswold leaves you feeling energised and inspired.

When you think of the Cotswolds, it summons up images of the quintessential English countryside; conjures up images of quaint cobbled villages, country pubs, matchbox houses, wooded glens and rolling green hills.

The best walking trails in the Cotswolds give you all this and more; ancient relics, medieval towers and royal palaces to name a few. With hundreds of public footpaths stretching some 5000km, you will find walking trails for people of all abilities.

The Winchcombe Way is a 42-mile loop in the shape of a figure eight, or infinity symbol. The western loop takes you through to Stanton and passes a restored watermill and Hailes Abbey. The eastern loop ascends Langley Hill into Cleeve Common and on to Belas Knap overlooking Sudeley castle.

If you’re visiting the Cotswolds for several days, Winchcombe is a good place to stay. For ramblers, it’s considered the walking capital of the Cotswold because of how easy it is to join some of the other highly rated walking trails in the Cotswolds.

The village has all the hallmarks of what you would expect from a historic town in England including a Roman villa, a Neolithic burial mound and a steam railway. The diverse landscape is also full of surprises and makes walking an interesting and invigorating experience.

The Way was built in a development project between Wychavon District Council and Worcestershire County Council to commemorate the Royal Silver Jubilee in 1977. The original route was much more extensive but has since been shortened to around 40 miles. A four-day itinerary is recommended if you intend to walk the entire trail.

Along the trail, you will come into contact with traditional farmland with its distinctive Hawthorne edges where you can pick sloe berries. For a detour, you may even want to tackle the 980ft summit of Bredon Hill to investigate the mysterious standing stones and witness the astonishing view look out to Malvern Hills on the border with Wales.

If you’re looking for an easy half-day walk, the 3.5 mile circular trail in the charming Cotswold village of Castle Combe is a great option. Even at a steady pace, you can complete the circuit in under three hours.

Having said that, it is advisable to give yourself more time to take in the scenery. You may even want to pay a visit to the castle or grand manor, rummage around the local church and stop for lunch in a traditional English pub.

The trail officially starts in the Castle Combe car park and takes you through a pasture where you will find sheep crazing. Although the sheep are in an enclosed field, if you have a dog with you, it’s advisable to keep your dog leashed until you get beyond the golf course (the dog must be on a leash when you are on the path through the golf course).

Once you are into the countryside, you are free to explore the rolling hills that take you up a slow rise into the forest before bringing you out in the pleasant Hamlet of Long Dean before passing the golf course and Mansion House on the opposite side and back to the village where you can enjoy lunch and a pint in one of the charming pubs around there market square.

The four and a half mile Chipping Camden circular is another easy half-day walk that will make you linger at junctures and prolong the walk. To get on this trail, join the National Trust trail in the charming village of Chipping Camden and head towards the Vale of Evesham.

Head up Dover’s Hill where you will find remnants of Roman settlements and a plaque commemorating the ‘Olimpick Games’ which has been held here since 1612. The Cotswold Olimpick Games is a tradition that continues to this day. Events include shin-kicking and Morris dancing.

On the way back to Chipping Camden, you may want to stop off at one of the quaint tea houses to sample a selection of home-baked pies and scones. You will also find traditional historical pubs serving hearty meals.

The Cotswold Way is a long-distance trail that spans 102 miles (164km) between Chipping Camden and Bath. The ancient trail has since been modernised and takes in a number of important historical sites including a Neolithic burial chamber at Belas Knap, Sudeley Castle, Hailes Abbey and several beautiful churches.

Some of the most popular walks along this trail go to the Broadway Tower, Snows Hill Manor and the Cleeve Hill Ring. Most routes range from 4-6 miles and are easy-to-moderate, but every stretch takes you through beautiful countryside, rich farmland, quaint villages and various landmarks.

Rather than selecting a trail for you, we invite you to take your pick. You will find a brief description of the most popular trails on the Cotswold National Landscape.

Ramblers looking for a more strenuous walk might want to try tackling the 17-kilometre circuit from Bourton-on-the-water. This trail is ranked as one of the Cotswold classics. It starts from the car park and takes between five and six hours to get around.

The countryside in this part of the world is some of the finest in the UK and the river carved valleys are home to two charming villages which connect this route, together with the Slaughters. There is no other trail that captures the essence of the old England quite like this classic circular.

Lined with quaint honey-hued cottages, a small chapel, a roaring mill wheel and small stone bridges spanning the brook, Lower Slaughter and Upper Slaughter are rated as some of the most beautiful villages in the country. No new buildings have been added since 1906, creating an otherworldly escape into yesteryear.

When you leave the Slaughters, head up the sloping field before dropping into Naunton on the other side where you can stop by at one of the traditional country pubs or charming tearooms.

For anyone with an interest in ancient history, a visit to the mysterious Rollright Stones near Salford is a must. This 8-mile walk starts from the lovely old market town of Chipping Norton and takes you to the pretty village of Salford and across open countryside and farm fields to the charming hamlet of Little Rollright where you will find the famous Rollright Stones.

The route is rated easy and brings you into contact with some remarkable views and a diverse landscape. The highlight is undoubtedly the collection of Neolithic and Bronze Age megalithic monuments which once belonged to a stone circle. Local folklore has it that the three clusters of stones are ancient kings and knights who were turned into stones by a witch.

Rolling Stones is also one of the few places in the country where the night sky is unspoiled by light pollution. At night, visitors can experience amazing views of the Milky Way – which earned the site a Dark Sky Discovery Award.

There are several walking trails that pass through the pleasant village of Broadway in the Cotswolds but one of the most pleasant is the Broadway Loop. You will find the start of the path on the opposite side of the road from the car park. It ends at the War Memorial at the bottom of High Street.

The four-mile hike takes you to the Broadway Tower, an elegant faux-medieval landmark built for the sixth Earl of Coventry and designed by James Wyatt in the late 18th century.

The grounds include Deer Park where you will find grazing red deer together with astonishing views across the Severn Valley. Exhibitions are often showcased at the Tower. If you want to stay longer and take in some culture, take a look at the Broadway Tower website to see what’s happening.

Another route that throws in some interesting landmarks is the Leckhampton Loop, just south of Cheltenham. Starting from the Seven Springs Pub and onto the Cotswold Way, the trail takes you through rich grassland, flowering meadows and peaceful woodlands to Leckhampton.

The trail cuts through Charlton Kings Common nature reserve which supports a wealth of wildlife including foxes, stoats, badgers and rabbits and a wide range of butterfly species. Buzzards and kestrels are regularly seen circling the area searching for prey.

Along the trail, look out for the Iron-Age remains of a fort on the climb up Leckhampton Hill together a rock tower known locally as the Devil’s Chimney. You then head into the woodland before emerging to views of the Victorian lime quarry. The loop trail should take no more than three hours to complete.

Blenheim Palace was built as a gift to the legendary military commander and 1st Duke of Marlborough, John Churchill. Today, the palace is a UNESCO World Heritage Site, mostly known as the birthplace of Winston Churchill. The elegant grounds of Blenheim Palace are also home to several captivating walks.

Regardless of the route you choose once you are in the palace grounds, the trail starts in the pretty market village of Woodstock and takes you along the old Roman road – now Akeman Street – into the grounds of the magnificent Blenheim Palace.

The most engaging walk is the Park Perimeter which takes you through quiet fields, and charming parkland with towering old oak trees and a tantalising lake. It is recognised as one of the most scenic walks in the Cotswolds.

You will not want to forget your camera – which you will mostly use on the final stage of the walk. The ever-changing landscape and abundance of wildlife have an enduring photographic quality, and with the magnificent palace and impressive Grand Bridge acting as a backdrop, you are not short of focal points to aim your lens at.

Sweatcoin promotes walking to help people improve and maintain good physical and mental health. We have designed an app that records your steps and converts them into a digital currency (SWC) which you can exchange for discounted merchandise with over 300 online merchants.

So what are you waiting for, download the sweatcoin app and start earning today. 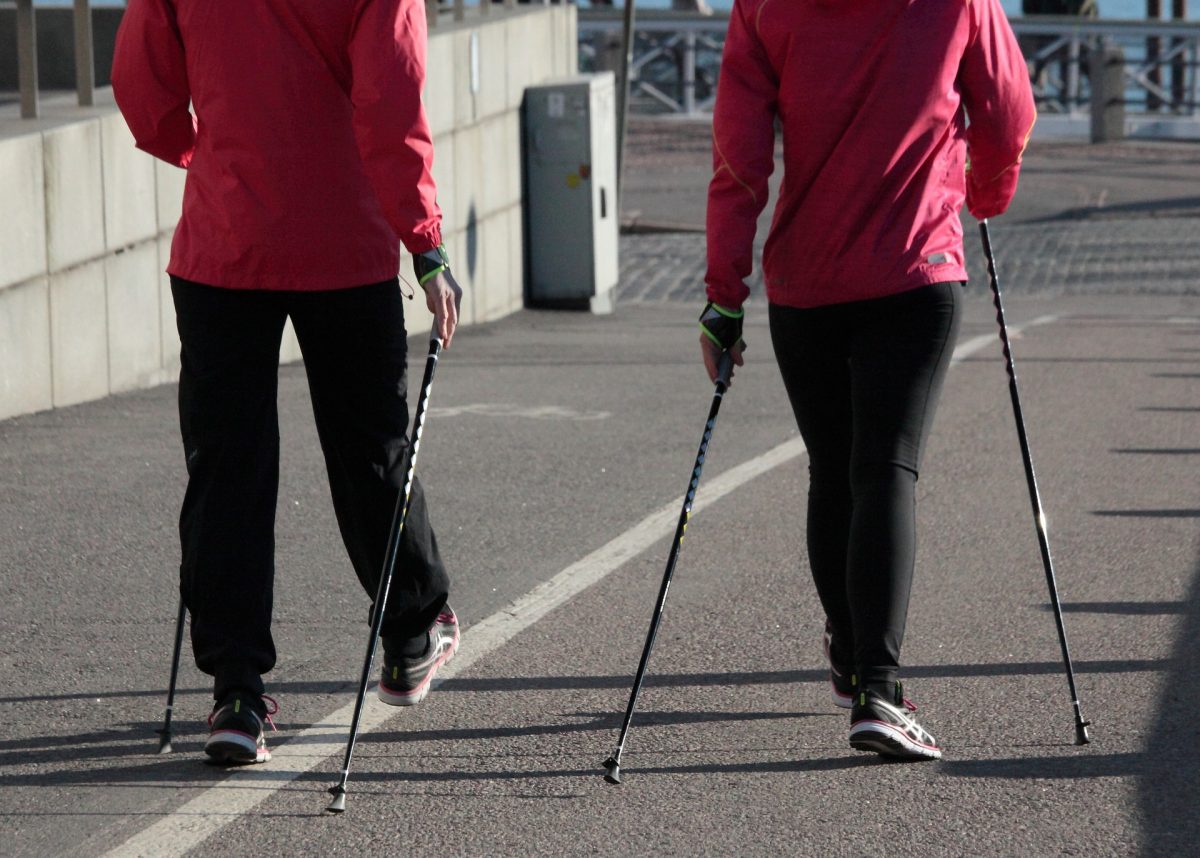 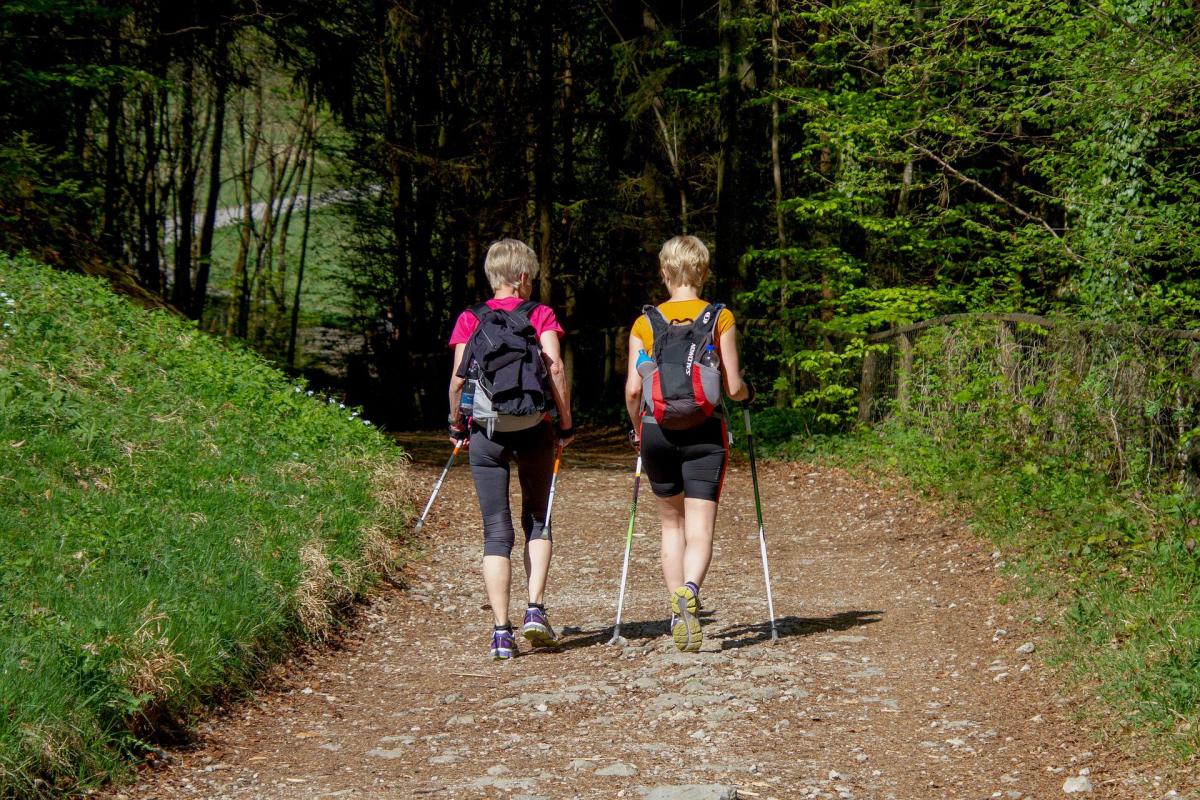