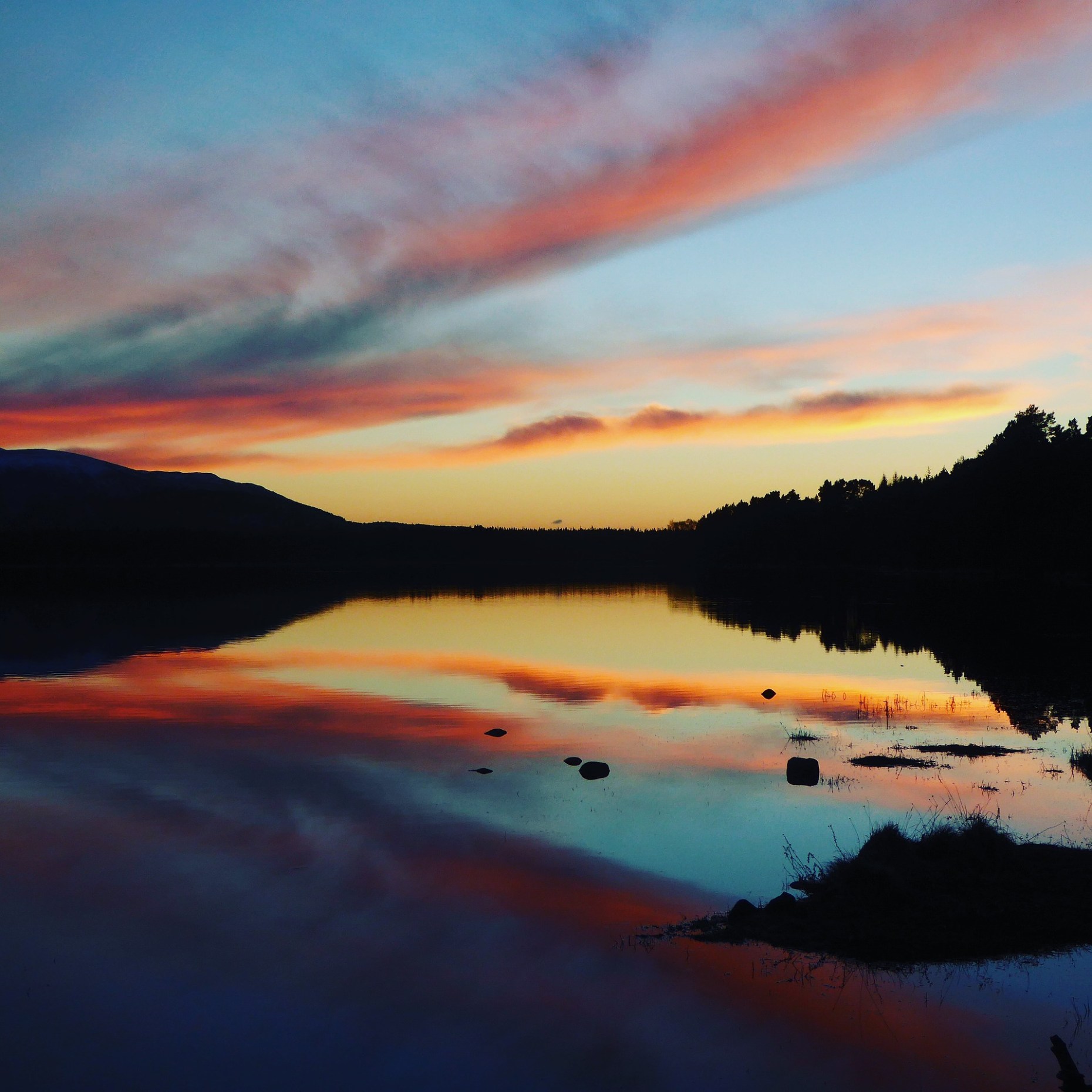 The Scottish Highlands is renowned for multi-day hikes. Boasting dramatic mountainscapes, enigmatic lochs, quaint fishing villages, fairytale forests and a rugged coastline, some of the best walking trails in Scotland are ideal for trekkers of all levels of experience.

Scotlands stirring scenery is best explored along with its abundant network of hiking trails. From short walk that takes a couple of hours to arduous day trips and adrenaline-inducing mountain paths, in this article we take a look at some of the best walking trails in Scotland.

Given Ben Nevis boasts the tallest peak in the British Isles, this Scottish beast is a highly popular draw for serious walkers and day-tripping tourists alike. The tourist path is naturally crowded. There are also more interesting routes such as the knife-edge, Càrn Mòr Dearg Arête.

The 11-mile Càrn Mòr Dearg Arête is by no means a simple route but it’s not so difficult that you have to be an experienced mountain climber to master. You will need to scramble up parts of the path using your hands – so remember that the Scottish mountains should not be underestimated. Also, check the weather forecast because strong winds are prevalent.

This rugged and rocky path is open all year round. Summer is the best time to tackle the Arête because it can take 10-11 hours to get up and down. If you do go in the winter months make an early start and take crampons and ice-axe because you will encounter snow. Once you reach the clouds, follow the cairns to the summit.

The climb is well worth the effort though. The breathing-taking views get all the more impressive the higher you climb and when you reach the summit you will bear witness to the stunning landscape in its full glory.

The Quiraing, Isle of Skye

If you’re spending some time in Scotland and have time to take a detour over to the Isle of Skye, you can’t fail to miss the Quiraing. You will drive through it.

There is also a magnificent 4-mile circular hike that takes you through the jagged rock formations of the Trotternish Ridge. This ethereal landscape is was carved out by landslides thousands of years ago leaving behind towering rocks and pinnacles which have been given names including the Table, the Needle and the Prison.

At the end of the path is a panoramic view of the plateau out to sea across to the Torridon peaks in the western highland of Scotland.

Opened in 2002, The Rob Roy Way is one of Scotlands more recent walking trails. The historical path, named after the 17th Century outlaw Rob Roy MacGregor, crosses the Highland Boundary Fault between Drymen and Pitlochry and can be joined at several points.

To walk the entire path would take an entire week to traverse, but for day walkers, the 14.9-mile lakeshore route between Lochearnhead to Ardeonaig has points of interest in the stunning surroundings of the Glen Ogle Valley.

As you venture through the famous Trossachs forests and along mountains tracks in the footsteps of Rob Roy and his clansmen, you reach a large hilltop reservoir where you will be rewarded with outstanding views across Loch Tay towards Ben Lawer – a famous local summit.

For inexperienced ramblers, one of the best walking trails in Scotland is the five-mile hike along the tranquil shores on the east side of Loch Katrine in the beautiful Loch Lomond.

Situated within the boundaries of the Trossachs National Park, this large freshwater loch has lured numerous poets and artists including Wordsworth, Coleridge and Nasymth. Immersed in the landscape of craggy hills, rowans, oak and silver birch, you can get a sense of why the landscape inspired countless creatives.

In spring, when nature is in full bloom, the forests are bursting with colour and the sweet smell of bilberry and blueberry. From the pier at Brenachoile Lodge you can see the birthplace of the legendary Rob Roy on the far side of the water’s edge.

The enigmatic Cairngorms National Park is without a doubt home to some of the best walking trails in Scotland. This stunning landscape is arguable one of the reasons why thousands of trekkers from outside Scotland head to the Highlands in the first place.

Our pick for walking in the Cairngorms is a simple, 2-hour, 4.25-mile hike along Loch An Eilein. The mist-shrouded pine forest creates a storybook setting that would not be out of place in a Tolkein movie or Celtic myth.

The Loch An Eilein circuit also has several points of interest despite its relatively short distance. En route, you can take a ride on the UK’s highest funicular railway, spot red squirrels and take photos of the 13th-Century castle ruins perched on an island in the middle of the loch.

Edinburgh is built on seven extinct volcanoes that erupted some 350 million years ago to form the Salisbury Crags. The most prominent is the 251m high crater named Arthur’s Seat after the mythological (perhaps historical) character of the Grail Mysteries.

Legend has it that the crag gets its name from a dragon that fell to sleep here thousands of years ago. Local folktales say the dragon used to terrorise the inhabitants and ate their livestock.

Towering high above Holyrood Palace, the rocky summit rewards you with outstanding views looking out across the city, the Firth of Forth and the sea. Situated so close to the city centre, Arthur’s Seat is an accessible escape from the hustle and bustle of Edinburgh’s sprawling metropolis.

There are five routes up to the summit of Arthur’s Seat – all of which are easy. From the car park, head up to Holyrood Park. From there, you can take the route you find the most interesting. Check out this website for more insight.

In a country littered with walkable mountain peaks, Stac Pollaidh offers the most stunning views. The peak is only 613m high and only take around three hours there and back – although you’ll probably want to spend some time at the top admitting the landscape.

Situated in the northwest Highlands, the landscape features multiple pinnacles and steep gullies – prompting locals to liken it to a porcupine. The route takes you along a steep winding path and you will need to scramble up a ridge to the summit, but the panoramic views are well worth the effort.

From the top of the ridge, weather permitting, you can see for miles, far across the watery Inverpolly Nature Reserve. The nearby mountains of Cul Mor and Suilven rise steeply and the west coast is in eye-distance as well.

Although Stac Pollaidh is one of the smaller mountain peaks in the Scottish Highlands, it is still subject to snowy conditions in the winter. Experience of snow-covered climbs is necessary, and you will need crampons and an ice-axe.

Ben Alligin – literally translated – Jewel Mountain is aptly named as the diamond in Scotland’s Highland crown. Arguably one of the most dramatic landscapes in the Northern hemisphere, the heart-pumping trail starting at 50m above sea level is one of the regions most sought-after summits.

By the time you reach the peak, you will have climbed a whopping 936m. This trail is not for the faint of heart or for anyone lacking in stamina. But the views are richly rewarding, reaching out as far as the Outer Hebrides. Having said that, Ben Alligin is still the easiest ascent of the Torridon Munros.

If you intend to spend a full day in the Munros, the 7-8 hour hike will also take in Tom na Gruagaich, another recognisable peak towering over the Eag Dhubh valley, a deep gash on the south face of Sgurr Mor.

The trail to Being Alligin starts from the car park on the western side of Abhainn Coire Mhic Nobuil, about 3 kilometres west of Torridon. Follow the stream until you reach the moor which takes you up to the brook.

From there you will find the corridor that winds its way to the summit. Avoid the grass slopes as they are slippy. The safer approach is the spiral road which is accessed by a rocky staircase.

Some of the most breathtaking views along this trail are from Baosbheinn across the Loch to Bhealaich, from Beinn Dearg, the Horns of Alligin and the views across to Liathach’s after you pass the two horns. Also, look out for the waterfalls on your descent.

Among the top three favourites of our best walking trails in Scotland is the Elie to Anstruther coastal path. This stunning 6 miles (10.5 km) walk typically takes around 2-3 hours to complete but can take longer if you get drawn in to explore the charming fishing villages, castle ruins and the nature reserve along the way.

Situated in Fife, the heartwarming coastal scenery is a steady and extremely pleasurable walk that delivers a new experience every time. The best time to visit is during spring and summer when the blue skies (hopefully) help to accentuate the landscape.

If you’re starting in Elie, head to Ruby Bay where you will find the beginning of the trail. Close by, a short detour from the path is the ruins of Lady Janet Ansthruther’s Tower, built in the 18th Century to the madam to change into her bathing costume.

To get back to the path, head for the shoreline and walk along Lady’s Tower Beach. You can either walk along the beach or through the narrow path in the sand dunes until you come to a grassy area in which you will find the ruins of Ardross Castle which dates back as far as the 14th Century.

Further along the trail, you will come across the ruins of Newark castle before you reach the quaint village of St Monans where you will find a quirky welly garden.

Some of the best walking trails in Scotland are located in the northwest climes around Glencoe. Winding through the beautiful countryside, you are surrounded by mountain views, shimmering lochs, trickling streams and grazing deer.

If you head along the Steal Falls path just south of Fort William, you will also encounter the UK’s second highest waterfalls. Spanning 120m, the cascading water tumbles from the rocky slopes of An Gearanach into the River Nevis.

Crossing alpine meadows and meandering through woodland, the trail is relatively easy. However, as you traverse the Nevis gorge towards the Steall Falls, the trail narrows in parts and will take you close to the edge of the ridge. If you do not have a head for heights, there will be moments of hesitation as you stare down the grassy slopes into the barrel of the gorge.

Tackle the best walking trails in Scotland with the sweatcoin app

Sweatcoin intends to use technology for good and has designed an app that converts your steps into digital currency – SWC. By downloading the sweatcoin app onto your smartphone, you can record the number of steps you make wherever you take your phone.

Our digital token – SWC – can be used to purchase merchandise from over 300 contributing partners. So what are you waiting for? Download the sweatcoin app today and earn financial rewards for every step! Imagine how much you will earn by tackling the best walking trails in Scotland! 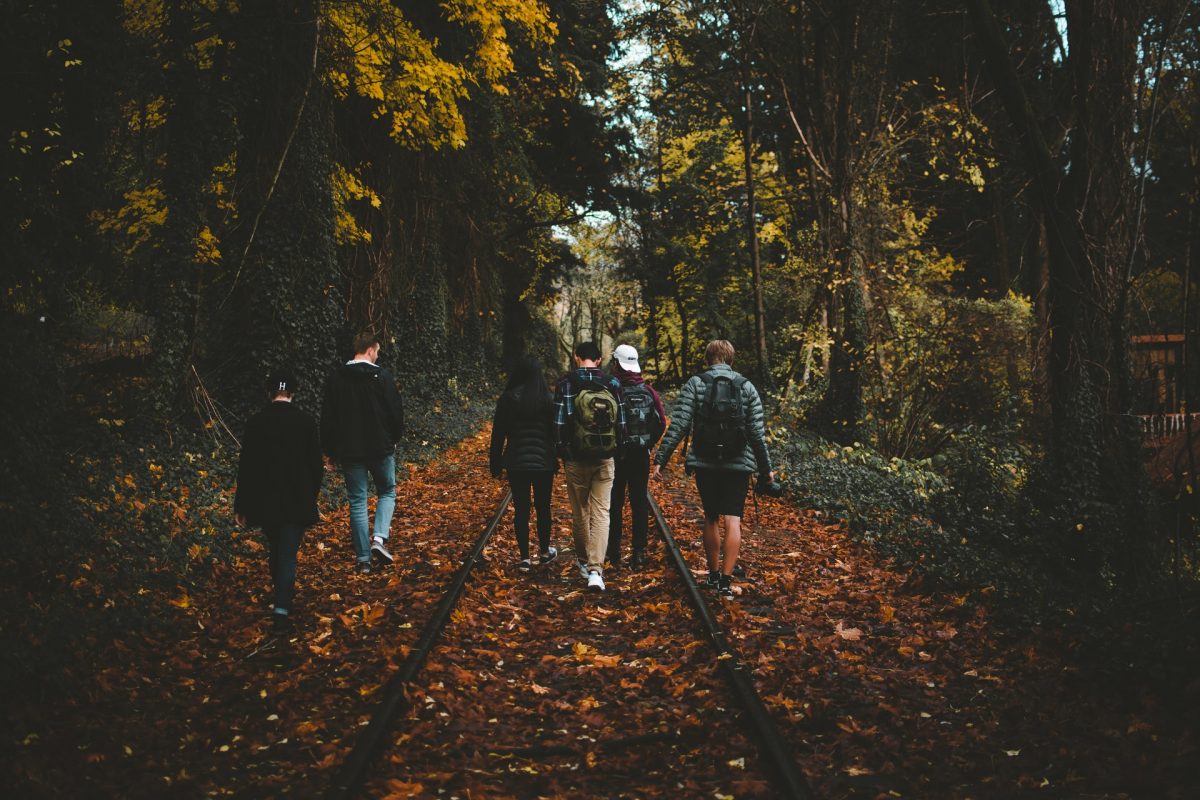 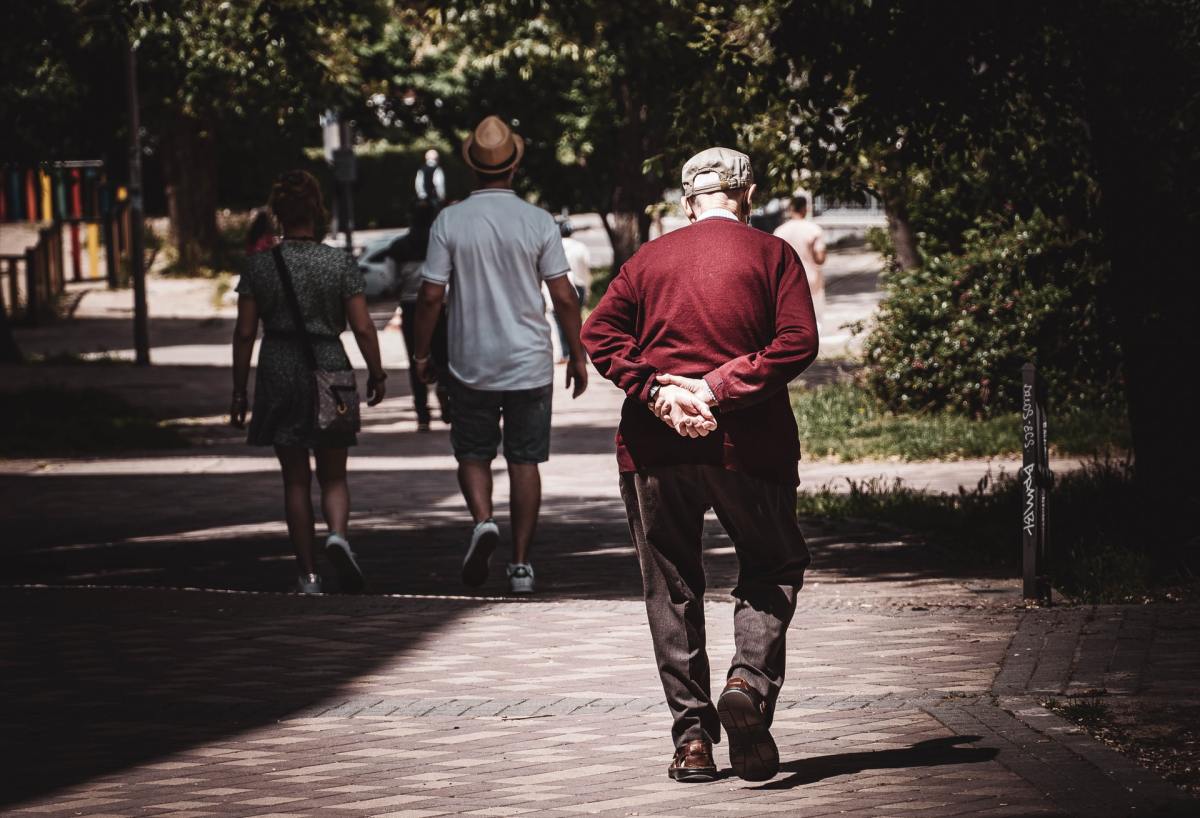 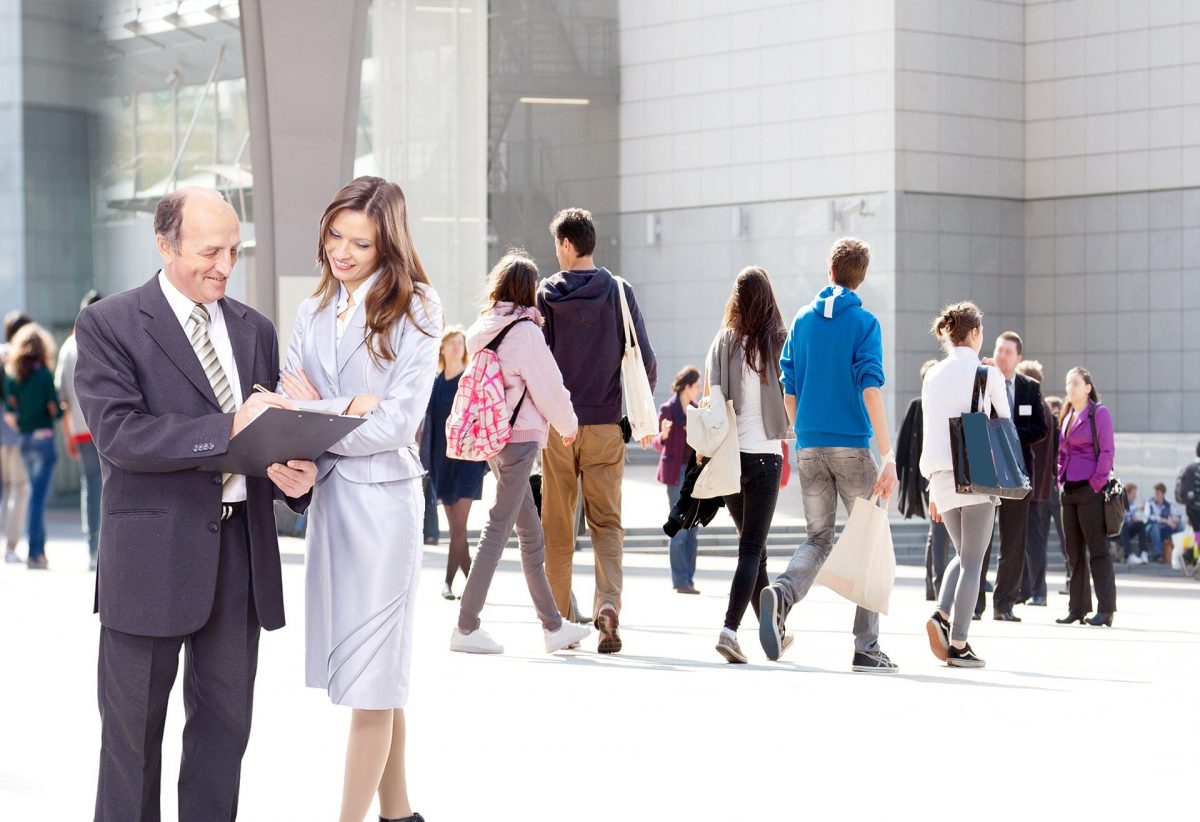