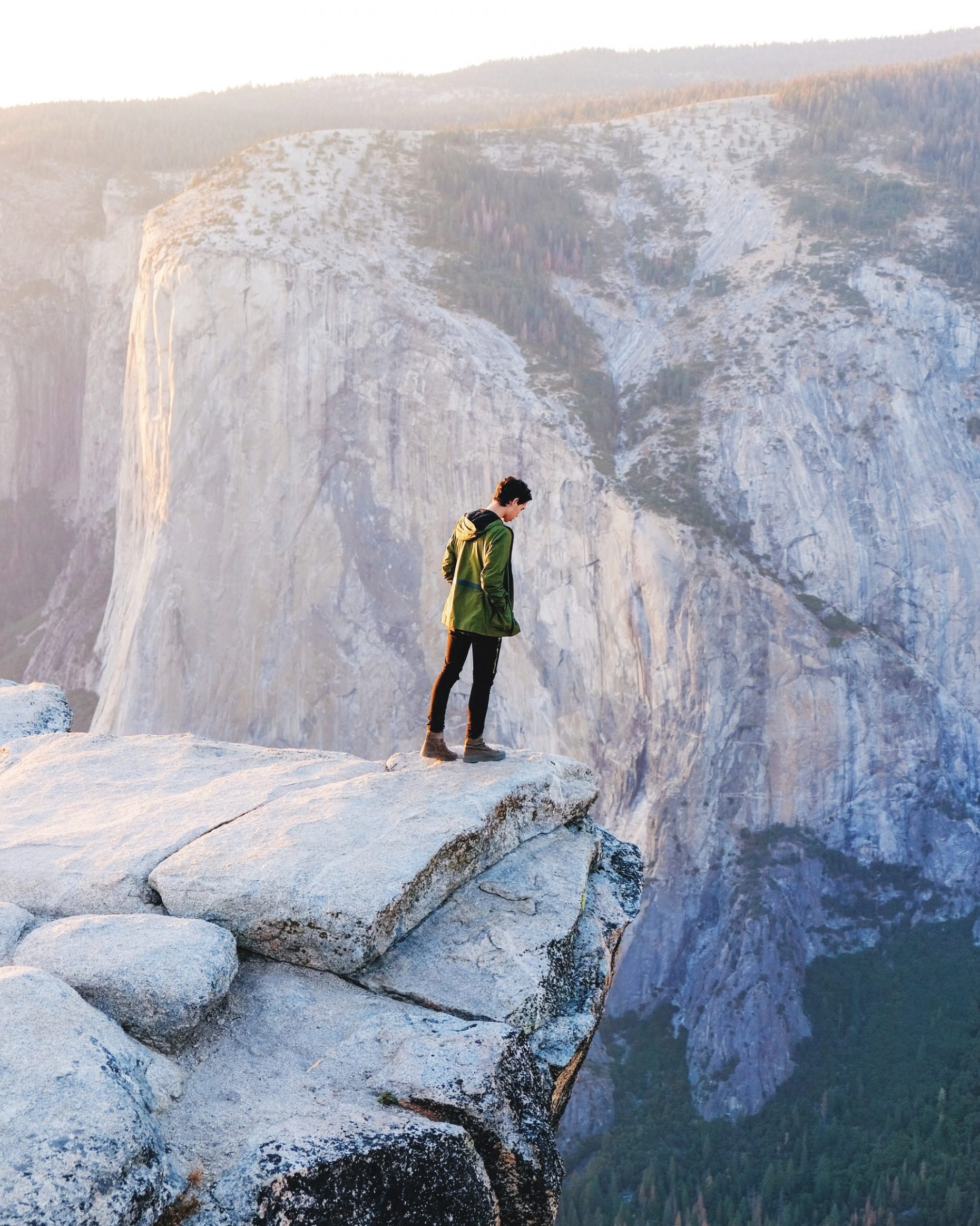 How serious are you about walking?

We know that experienced ramblers take hiking very seriously. Moreover, daring ramblers looking for an adrenaline rush are even prepared to put their life on the line to master the most dangerous walks in the world.

The routes listed below are among the most challenging walking trails on the planet. One false foot could cause a serious injury – and even death. These trails are more than an adrenaline rush, they are an adventure to the brink of death.

Dare you tackle hostile terrain, shimmy along narrow ridges, cross rope bridges, navigate a cliff face on wooden steps and narrow gullies that make the muscles in your thighs burn? On a bad day, you may even have to survive the elements and thick fog.

Walking is great for the heart, but these hair-raising routes push your pumper to the max. So – how serious are you about walking?

Machu Picchu is one of the seven wonders and the world and some people go to painstaking lengths to reach it by foot. There are several routes to take along the infamous Inca Trails, all of which are hair-raising – but none more so than the path that takes you via Huayna Picchu.

The level of danger this hike offers is in the nickname: Hike of Death. Despite the obvious risk, some 400 people walk this treacherous route every day. Moreover, there have been at least 20 deaths en-route. This route is not for the faint of heart.

The ancient Inca were known for their mountaineering skills, carving steps into the side of the mountain to create trade routes and preserve food in storehouses high in the peaks above the shallow valleys. The stairways are thin, steep and crumbling. If you plan to tackle this route, make sure you go prepared.

Not only is the route nerve-wracking, but the high altitude also makes it difficult to breathe. The steep inclines can paralyse hikers. You will also have to tackle the “Stair of Death” en route – which to be fair, aren’t quite as bad as the name suggests. This is still a dangerous walking route though.

The Mother of all dangerous walks, it is said, is The Plank Walk on Mount Hua Shan, one of China’s five sacred mountains. However, for safety reasons, some of the walkways have been widened in recent years because it was too treacherous for the sheer amount of visiting tourists.

Considering this route is considered the most ‘dangerous walk in the world”, there is a surprising number of tourists and pilgrims that walk the plank on a daily basis. The cable car ride up the mountain peak is a three and a half-hour long wait alone.

The route takes you along narrow pathways with precipitous drops and deep cutting pathways. The scariest part of the trail is The Plank Walk, a series of wooden planks with nothing to hold on to other than a rope along the cliff face. But it’s not just the thrill and the views people go for. At the summit is one of China’s most esteemed tourist attractions, Zhenwu Palace.

Yosemite National Park is home to some of the most stunning walks on the planet, several of them extremely dangerous. There are three that could have easily made this list, but we plumped for the most dangerous of them all – Half Dome!

This most rugged of trails take you on a gruelling 16-mile hike, climbing to an ascent almost 9,000 feet above sea level. The final 400 feet to the summit involves scaling a slippery rock race using a vertical cable trail. Afternoon thunderstorms are not unusual either – and you don’t want to be stuck on the cable when the heaven’s open. The number of deaths from lightning strikes is almost as high as people killed from falls.

The French island of Corsica is home to around 100,000km of walking trails, 35,000km of which are officially signposted. ‘GR’ stands for ‘Grande Randonnée’, which mean ‘long-distance hiking’ – the longest of which is GR20 – a 180km footpath from Calenzana to Conca.

It’s not only the stunning scenery that makes this walk so iconic – it navigates the entire spine of the island from north to the south and vice versa. Along the way, hikers are confronted with narrow ridges, steep ascents, demanding descents and sheer drops.

If you have a poor head for heights, you will be terrified along with some parts of the route, the most dangerous being the Cirque de Solitude. But nothing is as frightening as the stormy weather – and thunderstorms can roll in at the drop of a hat.

The average hiker would probably consider the Moloti-Drakensberg National Park one of the most dangerous places to spend the weekend on foot. It takes two heavy days of gruelling alpine terrain to complete the 40-mile hike.

Along the way, ramblers are faced with animal tracks, herding trails and rock scrambles. But none of those is as dangerous as the two rickety chain ladders you have to ascend at the start off the trail. Trekkers also have to be careful of loose stones along narrow pathways.

There had been 55 reported deaths prior to 1985. Deaths are still reported but no longer published.

Hiking in the Zion National Park is one of Utah’s most spectacular highlights – but there are some trails that are not for the weak of heart. Ranked as one of the most dangerous walks in the world, is Angel’s Landing, a 1,400 ascent up a slipping spine of sandstone with little more than a guard rail for comfort.

The summit sits at a height of 5,700 feet above sea level and presents visitors with stunning vistas looking out across the canyon. But the trek will “scare the hell out of you” before you get to enjoy the view.

The climb is doubly dangerous because of the number of switchbacks leading along narrow ledges. Elevation levels rise steeply and the sheer drop can make you feel dizzy if you look down. There is little doubt that this hike will give you an adrenaline rush, but you need to be in a physically strong condition to tackle this route.

The narrow Aonach Eagach ridge 953m up in the Scottish Highland above Glen Coe is considered the scariest walk in Britain. Rated as a grade two scramble, it’s also one of the most dangerous walks in the world and should not be tackled without prior hiking experience.

Linking the Munros of Meall Dearg and Sgorr nam Fiannaidh, Aonach Eagach is a six-mile ridge that exposes you to sheer drops, awkward descents and physically demanding climbs. Not only that, but there are also exposed sections which leave you clinging on for dear life. It’s recommended that you take a rope along.

In parts, the trail is so thin, there is no turning back – because you can’t turn around. If you are brave enough to tackle this route, leave yourself plenty of time to finish the route in daylight.

The sheering heat, unpredictable weather, malaria-carrying mosquitos and strenuous trekking conditions mean you have to be mentally and physically prepared to tackle the Kokoda Trail in Papua New Guinea.

The 96km walk across the stunning Owen Stanley ranges was originally used by gold miners heading off to make their fortune in the minefields of Kokoda during the 1890s. The trek can take anywhere between four and 12 days so you should have some experience of multi-day treks beforehand.

Moreover, the Kokoda Trail is not recommended for inexperienced hikers. The trek is physically demanding and, because of the high humidity due to tropical rainstorms, requires some knowledge of survival. It is not unheard of for people to over hydrate.

With high altitudes that surpass 2,190m above sea level, altitude sickness is also a condition you have to navigate. Before heading out on this trek, make sure you are well prepared and go with an experienced tour guide that knows the terrain well.

9. Via Ferrata: Italy and Austria

For walkers that like a challenge and want to throw a curveball into traditional hiking routines, the Via Ferrata in the Dolomite Mountains between Italy and Austria provide the perfect opportunity.

Known as “The Death Ridges” of the Dolomites, Via Ferrata is an adventurous walk which was originally constructed by Italian military troops in World War I. Today, the rope ladders have been substituted for steel cables, ropes, suspension bridges and wooden footpaths.

The Cascade Saddle between the West Matukituki Valley and Dart Valley is a 3-4 day walk that is recommended only for experienced walkers. The trail is a total of 16km and the steep climb takes you to a height of 1,700m so physically, you need to be in good shape.

It’s a popular trail in the summer months when the weather is dry. In the winter, the rocks tend to be wet and slippery which increases the danger of ramblers falling and sustaining a serious injury. There is also the risk of avalanche between June and November. Death is not unheard of along this route either.

Before you reach the most dangerous section of the trail, there is a steep ascent through the native beech forest. In itself, this ascent provides climbers with obstacles that could send you tumbling several hundred feet downwards. The route should be taken slowly. If there is snow, you should not cross without an ice axe and crampons.

Experienced ramblers that clock up a lot of miles by foot can turn your efforts into monetary rewards. Sweatcoin has created an app that converts steps into digital currency.

Moreover, we have partnered with over 400 retailers that offer incredible discounts in return for your currency. Download the sweatcoin app today and convert your miles into merchandise. 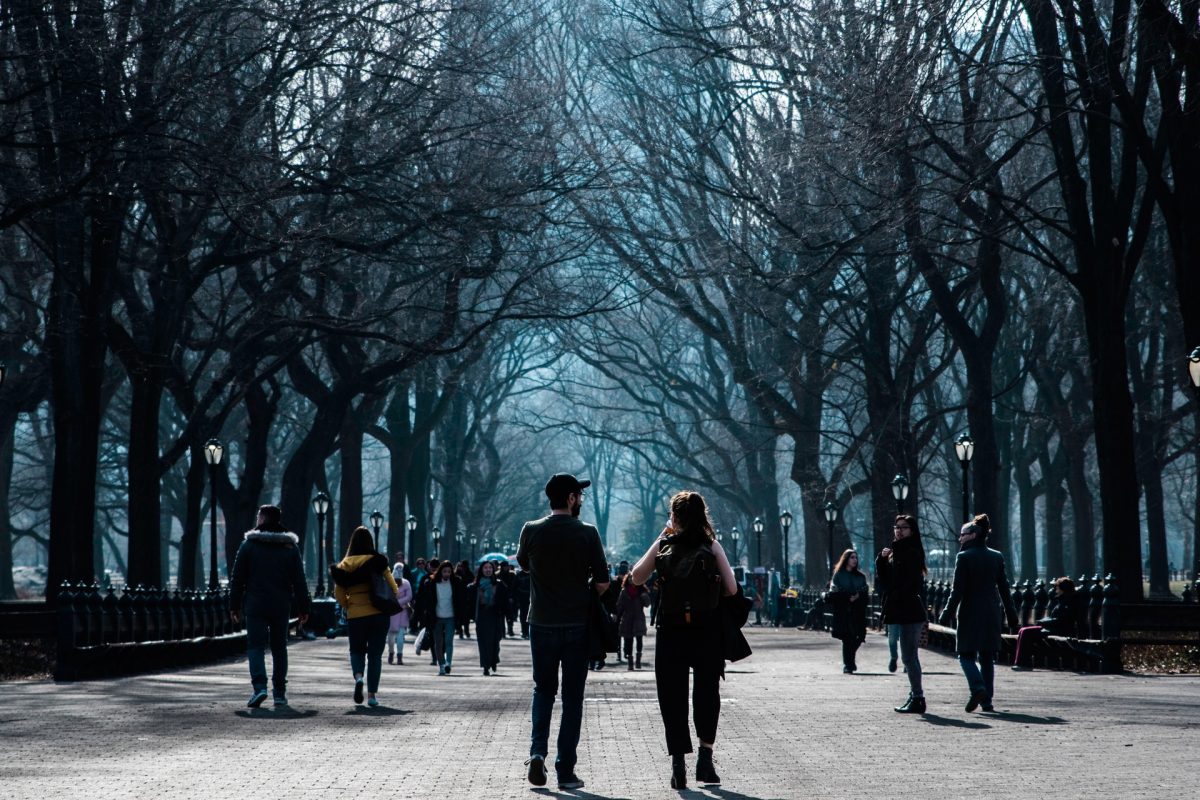 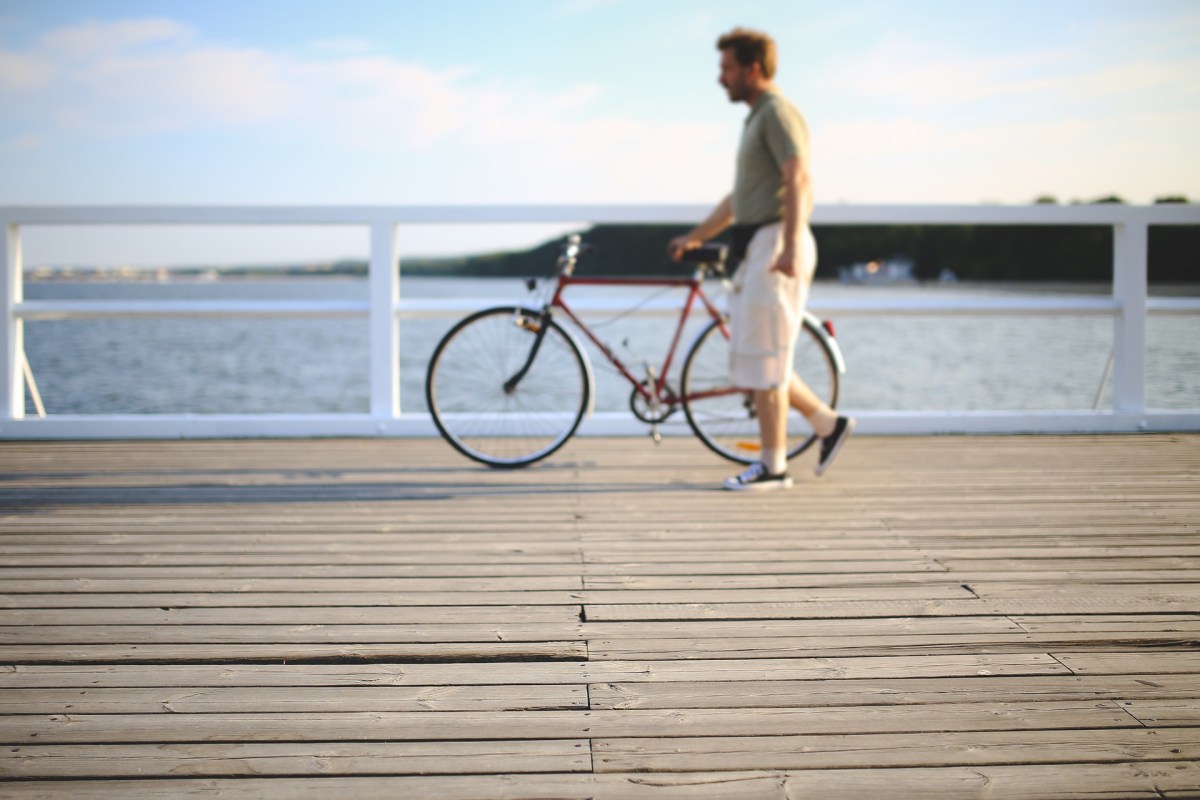