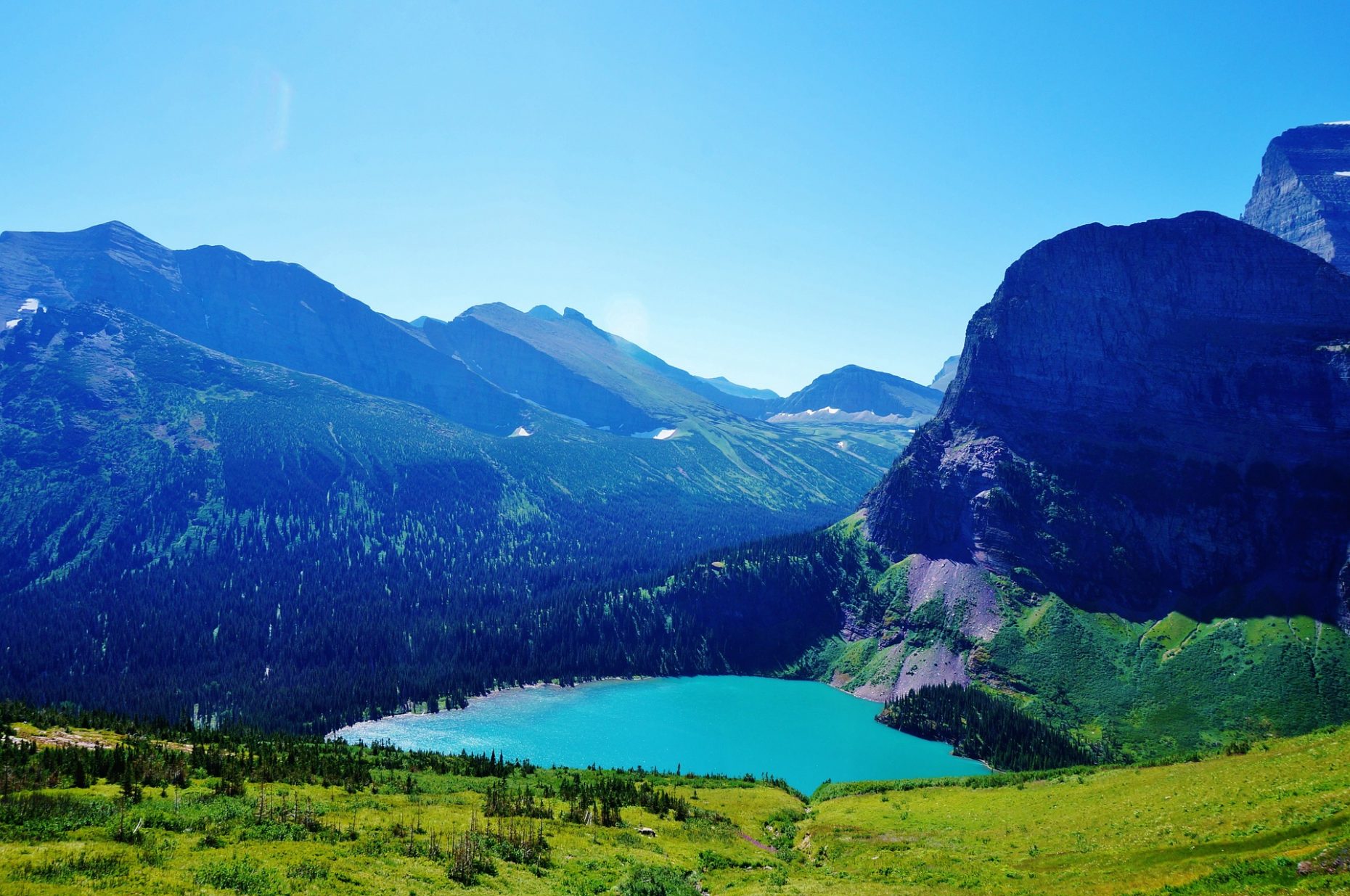 The United States is blessed with heart-stopping vistas and soul-filling landscapes of natural beauty. With its formidable mountains, tantalising volcanoes, majestic rain forests, colourful rock faces, hidden waterfalls and mesmerising lakes, the abundant hiking trails in the United States bring you into contact with some of the most enchanting scenery you can ever dream of.

Whilst many of the best hiking trails in the United States are only for the adventurous, experienced and daring, there are plenty of opportunities in the wild for trekkers of all ages and skillsets. There are literally thousands of trails to explore.

The most difficult decision for travellers looking to take in hiking trails in the United States is which region to visit. This article provides you with an insight into the best 10 regions for hiking in America. It’s a good place to start so put your best foot forward and dive straight in.

Boasting more than 660,000 square miles, Alaska accounts for two-thirds of the country’s national parklands. Not only that, the most northerly of America’s States have the two largest national forests and about 80% of the countries wildlife.

The epicentre of hiking in Alaska is centred around the Mendenhall Glacier and the Tongass National Forest. The area receives around 2 million visitors a year, lured by the regions captivating beauty.

If you prefer to avoid the tourist hotspots, there are plenty of other incredible opportunities. Among the best hiking trails in Alaska are the 5.3km Flattop Mountain Trail, the 13.2 Harding Ice Field Trail in Kenai Fjords National Park and several imperious trails in Chugach State Park.

Arizona’s formidable and colourful landscape makes it an incredible part of the world to explore on foot. You will be amazed by the enormity of colourful, curvy stones, fascinating canyons, pine-coasted mountains and epic deserts.

The iconic Grand Canyon National Park is arguably the regions most popular attraction for trekkers due to its celebrated fame and appearance in numerous movies. The park’s plethora of stunning walking trails include Bright Angel, South Rim, the Hermit Loop, Havasu Falls and the Grandview Trail.

Other do-not-miss walking trails in Arizona include the 3.5-mile loop of Echo Canyon in Chiricahua National Monument, the landmark Cathedral Rock and Doe Mountain Trails in Sedona and the narrow twisting walls of Antelope Canyon.

With the well-known Yosemite National Park, the mesmerising Big Sur, the barren Mojave Desert and the celebrated John Muir Trail on its ‘things to do’ list, California is a prime destination for trekkers.

Yosemite National Park, carved by glaciers in the last ice age offers trekkers an earnest adventure. However, authorities warn that the 14-16 mile treks through the wilderness should only be attempted by well-prepared and experienced hikers with a head for heights.

Very experienced adventurers will not want to miss the Upper Yosemite Falls Trail – the longest waterfall in the United States. The trail gets you up close and personal with this natural wonder and offers incredible views from an elevation of some 2700 feet.

Among California’s many highlights are Vernal Falls, the Bridge to Nowhere, Alamere Falls and the picturesque Carmel-by-the-Sea in Point Lobos State Natural Reserve. The Point Lobos Loop Trail looks out over the stunning ocean vistas.

With over 100 hundred trails ranging from the easy one-mile stroll at Maroon Bells to the challenging 8-mile round trip to a gushing waterfall in Rocky Mountain National Park, Colorado is ranked as America’s number one hotspot for hiking trails.

The forest-covered mountains provide mesmerising scenery and incredible adventures, many of which target a tumbling waterfall. The most popular is the short but demanding Hanging Lake trail where you can take in two waterfalls and one of the most beautiful lakes in the States.

The crown of Colorados many waterfalls, however, goes to the scintillating Alberta Falls which crashes over rock and fallen trees, moss and ferns. The trail also gives you the option to explore the Loch, Timberline Falls, and the Glacier Gorge.

Other than the Rocky Mountain trails, Colorado is home to Roxborough State Park, considered to be the ‘Garden of the Gods”. Ideal for moderate walkers, some of the most scenic trails includes Carpenter Peak, Elk Valley Trail and the South Rim Loop.

Straddled along the border between North Carolina and Tennessee, the sprawling landscape of Great Smoky Mountains National Park is a lush feast of thick forests, gushing rivers, trickling streams and an abundance of blooming colours.

Boasting a captivating 522,427-acre, the most popular walking trails lie at the southern ends in the coveted Appalachian Mountains. The stunning scenery draws over 11 million outdoor enthusiasts a year, many of whom specifically visit to take in the breathtaking views at Charles Bunion.

Whilst the rocky outcrop is deemed to provide the best views, the number-one ranked walking trail in the Great Smoky Mountains is easily the Gregory Bald famed for its wealth of flaming azaleas.

Visitors come from all over the world to see these magnificent trees in full bloom between mid-to-late June when they burst with fiery colours of red, orange, salmon, yellow, pink and white.

Mt. Cammerer, looking out to the Pigeon River Gorge is another Smoky Mountain hotspot together with the classic Alum Cave Trail to Mount LeConte and the 20ft gushing Abrams Falls that spills over the sandstone cliffs.

Hawaii’s many islands may be famed for the paradise coastline but if you head inland you will discover cascading waterfalls nestled in lush green forests thick with ferns, sweet-smelling patches of guava and mango trees and basalt rock faces.

There is also a wealth of hiking trails from the luxurious resorts of Lana’i, to the up-and-coming North Shore of Oahu, or the romantic Maui landscape. Whether you prefer to explore the valleys or take in views of the coast, you can do it all in a day in Hawaii.

One of the most esteemed walking trails among the islanders is the Kalalau Trail in the remarkable Ha’ena State Park on the island of Kauai. The 11-mile hike takes you from the sultry sands of Keʻe Beach to the impressive ridges of Kalalau Valley. Authorities warn that the trail is best suited for experienced hikers.

If you want breathtaking summit views but a less hair-raising hike, head for Kuliʻouʻou Ridge Trail which takes you up a satisfying 1800-foot ascent and delivers 360-degree views of Koko Head.

For a fun adventure, on the other hand, the 4-mile round trip along the Pipiwai Trail is the best hike for an adventure. Winding through lush green terrain of Haleakalā National Park, hikers are rewarded with picture-perfect waterfalls and an otherworldly trip through a bamboo grove.

Glacier National Park offers more than 700 miles of hiking trails together with a further 1000 miles of trails in Yellowstone National Park that Montana shares with neighbours Wyoming and Idaho.

Needless to say, Montana is a hiker’s paradise. Not only is the landscape varied and breathtaking, but it also bears remnants of antiquity. The Glacier National Park on the border with Canada is named in honour of the formidable glaciers that dominated the landscape during the last ice age.

Dubbed the “Crown of the Continent”, hikers flock to this part of the world to glimpse the park’s crowning features – Waterton Glacier and the highly popular Grinnell Glacier. It’s a challenging trek, but well worth the effort.

Montana is also home to pristine forests, alpine meadows, tumbling waterfalls rugged mountains, sparkling streams and spectacular lakes together with 71 species of mammal, a wide variety of birds and the odd reptile.

Visitors with an interest in history may want to take a hike along the scenic 50-mile Going-to-the-Sun Road, a marvel of engineering and National Historic Landmark.

Constructed by the Great Northern Railway, you can still get for how life was in the rural climes of the Wild West in the early 20th Century America.

Known for its vast wilderness and diverse scenery, Maine not only boasts a wealth of waterfalls rivers and lakes, but its Atlantic coastline outstrips California for miles covered. The idyllic coastal routes are equally as impressive as the mountain adventures on offer for ramblers.

With 48 state parks and historic sites housing some 6,000 lakes and ponds, 32,000 miles of streams and rivers, and dozens of secluded waterfalls, Maine is right up there with the best hiking trails in the United States yet is curiously overlooked by international tourists.

Trekkers visiting Maine typically flock to the States crown jewel, Acadia National Park. With over 120 miles of walking trails to explore, the rocky headlands and gentle mountain slopes offer numerous trails for trekkers of all levels.

Some of the best walking trails in Acadia include the 5-mile round trip along Spring Point Shoreway, the Great Head Trail out the coastline, the easy ship harbour trail and the rugged Cutler Coast Trail. Hikers with a head for heights should scale the 5,269 feet to the summit of Mt. Katahdin.

Over aeons, glaciers, lava flow, rivers and earthquakes have sculpted the vast mountainscape and towering cliff faces of Utah. The result has culminated in some of the best hiking trails in the United States.

The five national parks in Utah provide ample opportunity to explore the vast wilderness. The most visited park is the Zion National Park the first to be established in the State. Famed for its towering sandstone cliffs featuring swirling pink and cream rock faces, Zion boasts some of the most picturesque natural wonders in the country.

Among the most celebrated trails in Zion are Angel’s Landing and the park’s signature feature, The Narrows, a huge slot canyon in the Virgin River. Prepared to get your feet wet – part of the hike involves wading through water. If you’re into waterfalls, you won’t want to miss the Upper Emerald Pool Trail.

However, the most photographed site in Utah is the unique Delicate Arch. This freestanding sandstone arch is an iconic symbol of the state and is featured on numerous postcards, license plates and stamps.

Other favourite walking trails in Utah include Navajo Loop Trail in Bryce Canyon National Park, The Mesa Arch trail in Canyonlands National Park and the Lower Calf Creek Falls, the most famous natural wonder in the Grand Staircase-Escalante National Monument.

The intermediate Skyline Trail is a favourite with the locals together with Rattle Snake Ledge, Twin Falls and the stunningly beautiful Colchuck Lake via Stuart Lake Trail. There are seasonal road closures so check before you travel.

For the ultimate high alpine adventure in Washington, why not tackle the gruelling 18-mile hike along The Enchantments Trail. Located within the aptly named Alpine Lakes Wilderness of the Okanagon-Wenatchee National Forest, visitors have access to over 700 lakes nestled between the 394-acres of pine-covered valleys and snow-capped mountain peaks.

What are your favourite hiking trails in the United States? Let us know in the comments below. And the next time you head out, don’t forget to count your steps with the sweatcoin app and covert your well-earned steps into digital currency. 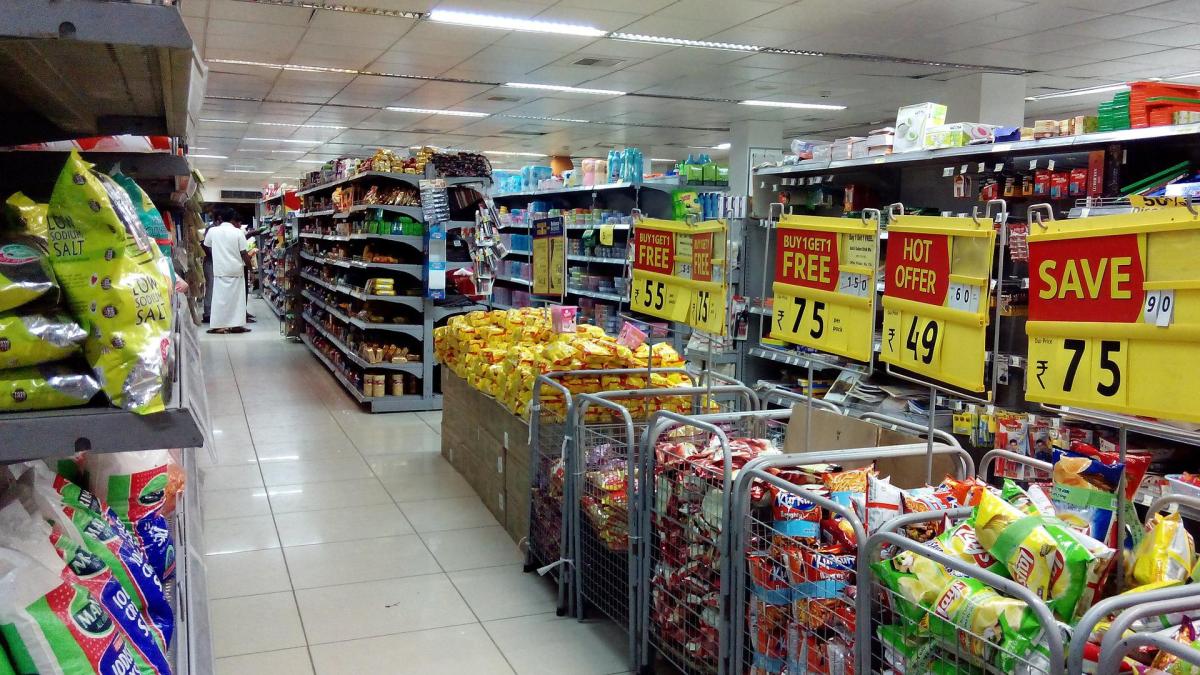 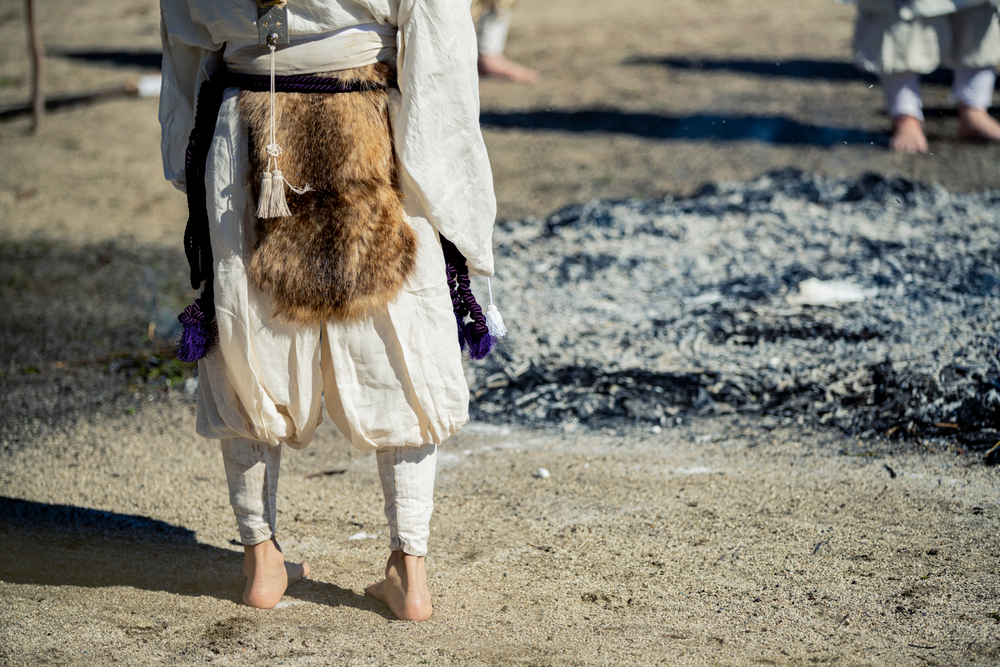